Mr Pritchett had a bit of a problem.  He had a fantastic and massive roof lantern window which was 1690mm x 5210mm.  The problem was the light in the orangery was immense, this caused many problems for him including strong glare all day long meaning it was an uncomfortable room to be in.  He was unable to watch the tv and the room was extremely hot.  He had contacted many companies who were unable to provide a roof lantern blind so big.  He eventually found a company but their quote was more than he was prepared to spend.

There was also another challenge!  He had no electricity in his roof space and it was difficult to get electricity there, so he thought that a motorised blind was not a possibility and he would have to settle for a manual solution (which was not ideal).

Mr Pritchett also had a set of bi-folding doors each with a glass size of 70mm wide x 1800mm drop, and there were 7 doors.

Due to the size of the roof lantern, we suggested the Solar powered/battery operated electric Twin Honeycomb LanternLITE™ blind.   This is the Twin version of our very popular Honeycomb LanternLITE™ roof blind that we spoke about in detail in our previous article.  This clever blind is essentially 2 blinds in one.  One blind is on the left and one is on the right and they draw in to the centre of the roof space when closed to meet in the middle without a gap.  When the blinds are open they retract back neatly with a small stack at either end of the blind.  Each blind travels on discreet steel guidewires which prevent sagging and provide a strong structure for the blind to move backwards and forwards on.   The total system is supported on a discrete white shelving system which is 25mm deep.

The Solar powered/battery operated electricTwin Honeycomb LanternLITE™ blind works with the Somfy Tilt 25 motor which is situated in the head of each blind.  There is then a rechargeable battery pack and solar panel fitted discretely above the end of each blind.  The blind should work effectively for up to 6 months until it needs a top up with the charger that we provide.  Charging the blinds could not be simpler, just release the charging wire from each end of the blind.  This wire dangles into the reveal, attach the charger provided over-night and then you are good to go for another 6 months.

The bifold door blinds were simple.  We supplied matching blinds on a manual Benthin system and they really finished the room off.  We think if you have a roof lantern blind it is always best practice to have matching bi-folding door blinds.

What the customer says:-

“The blinds look fantastic! They are easy to use and the glare has completely gone.  I can watch the tv now without sunglasses on and the room is also much cooler.  I am so glad that I was brave an went with the charcoal coloured fabric as it looks really modern and bold.   The delivery was also hassle free with the office keeping me updated all the time and bringing the blind on their own lorry rather than subcontracting the delivery which could have caused unnecessary damages”. 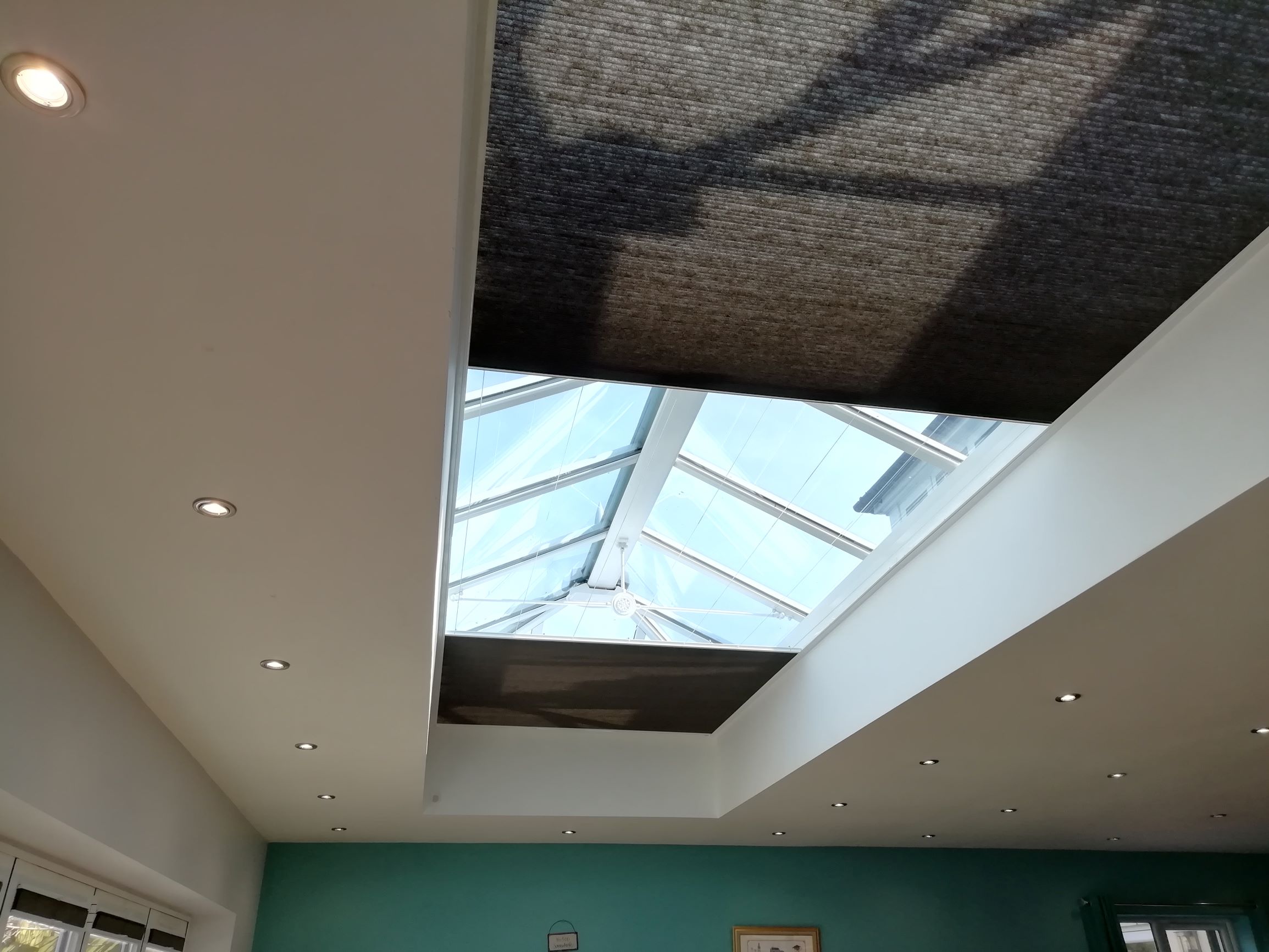 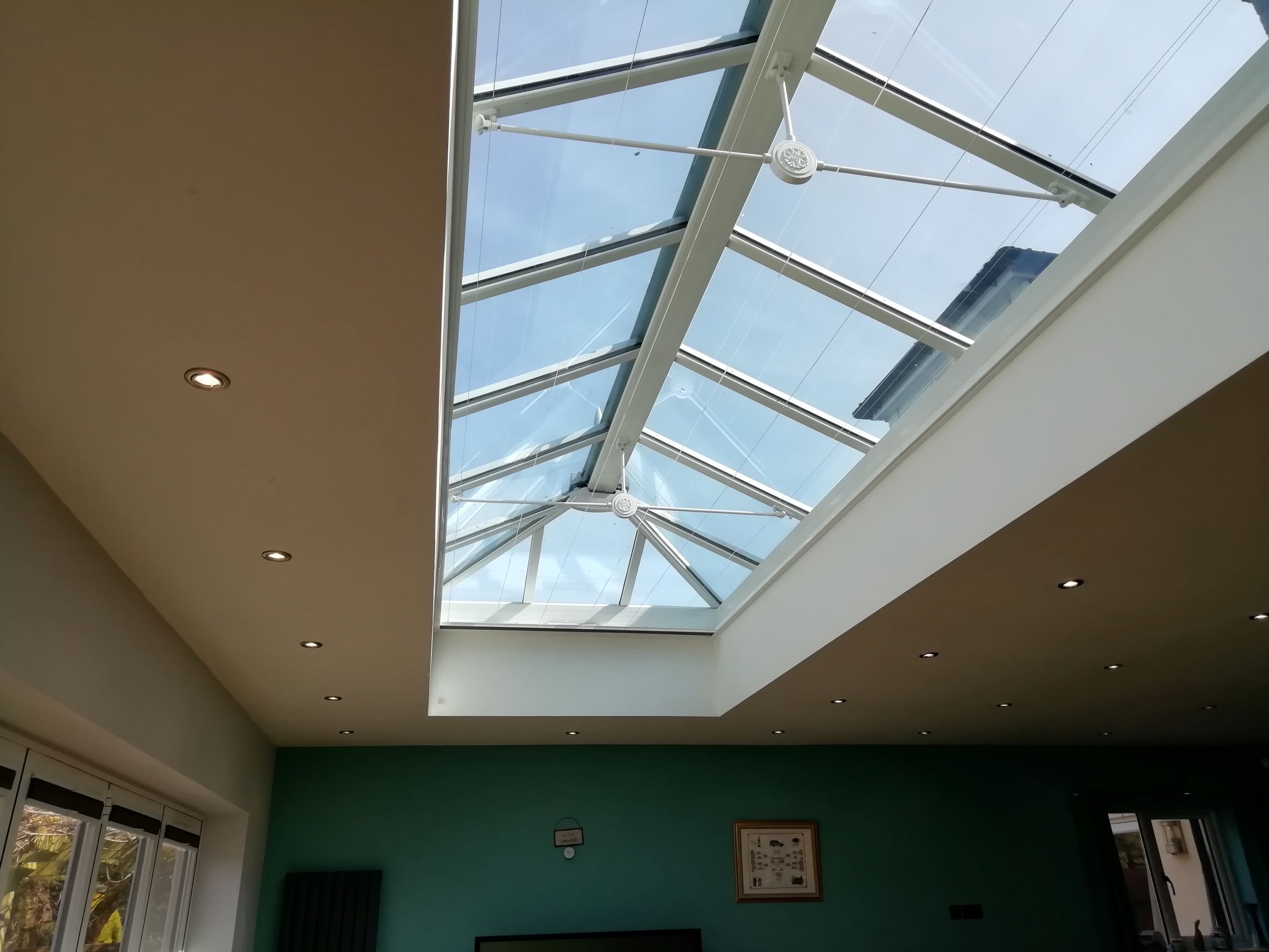 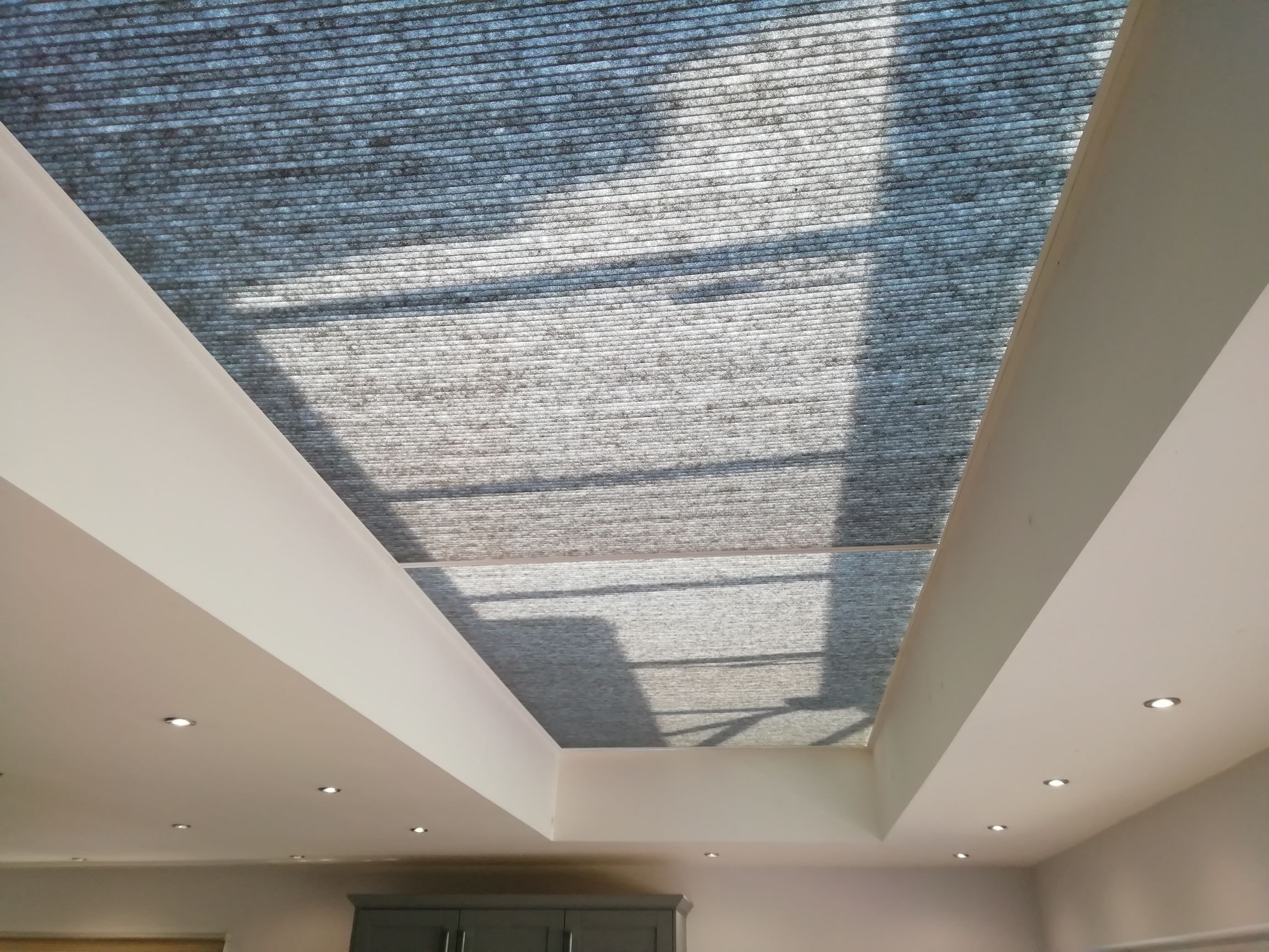 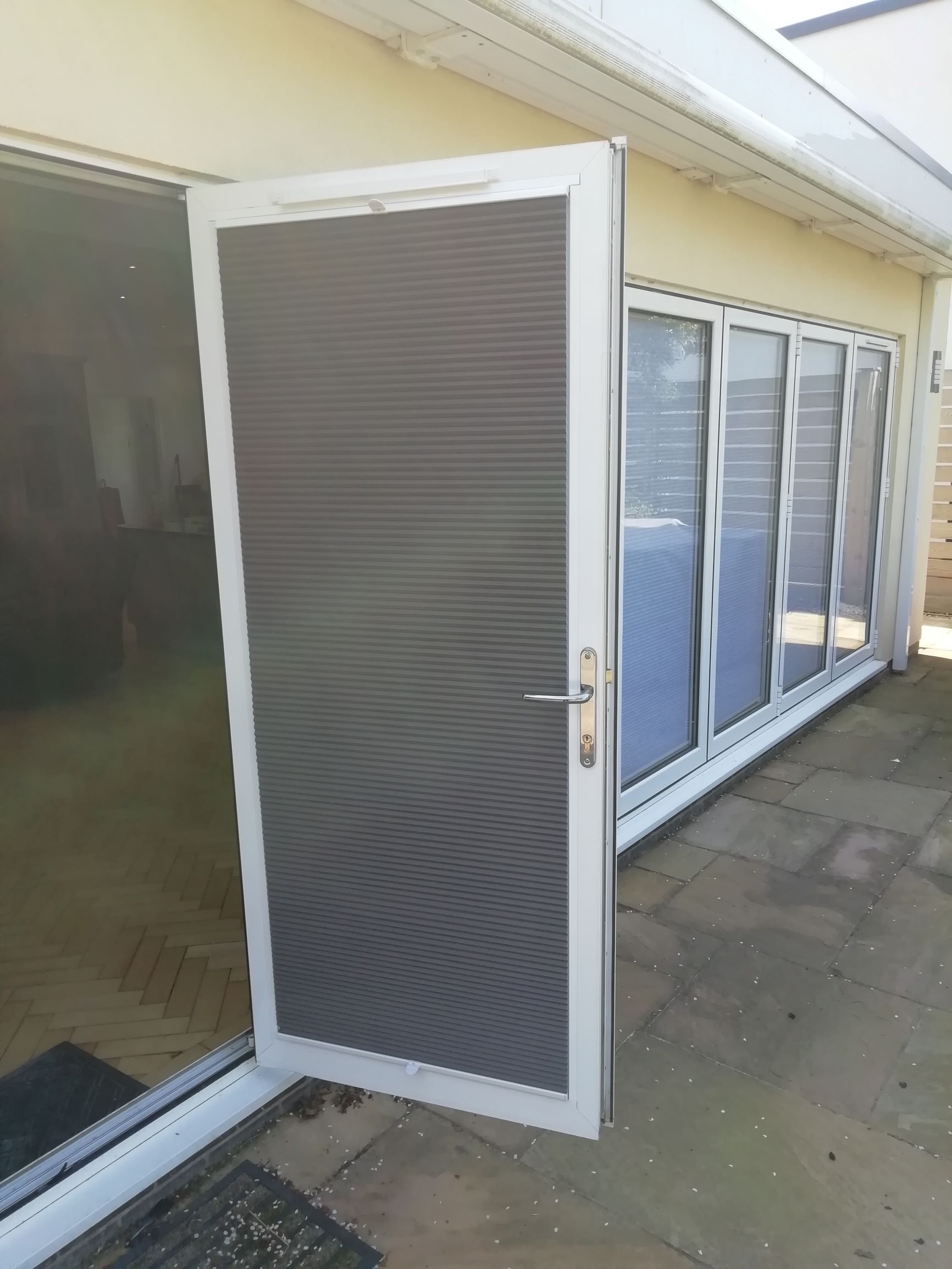 If you are interested in our Honeycomb LanternLITE™ blinds whether it be for a massive roof lantern or for a smaller roof lantern window please contact us.

For a quick quote  Message us 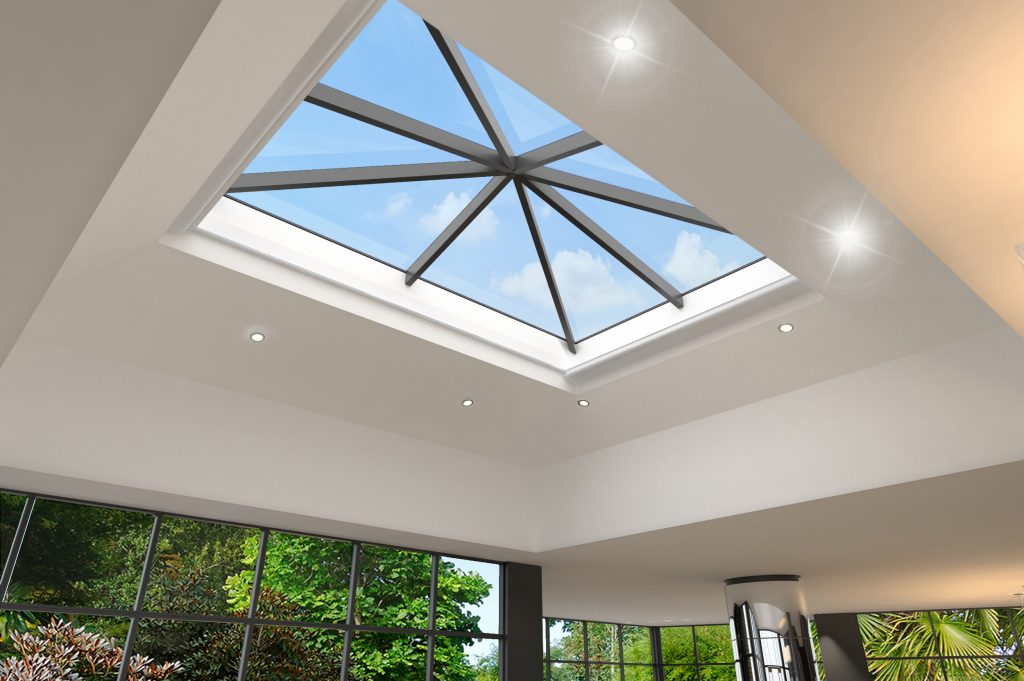 Please click the button below to discuss your requirements and we would be delighted to go over your options with you.

Get Your Free Quote